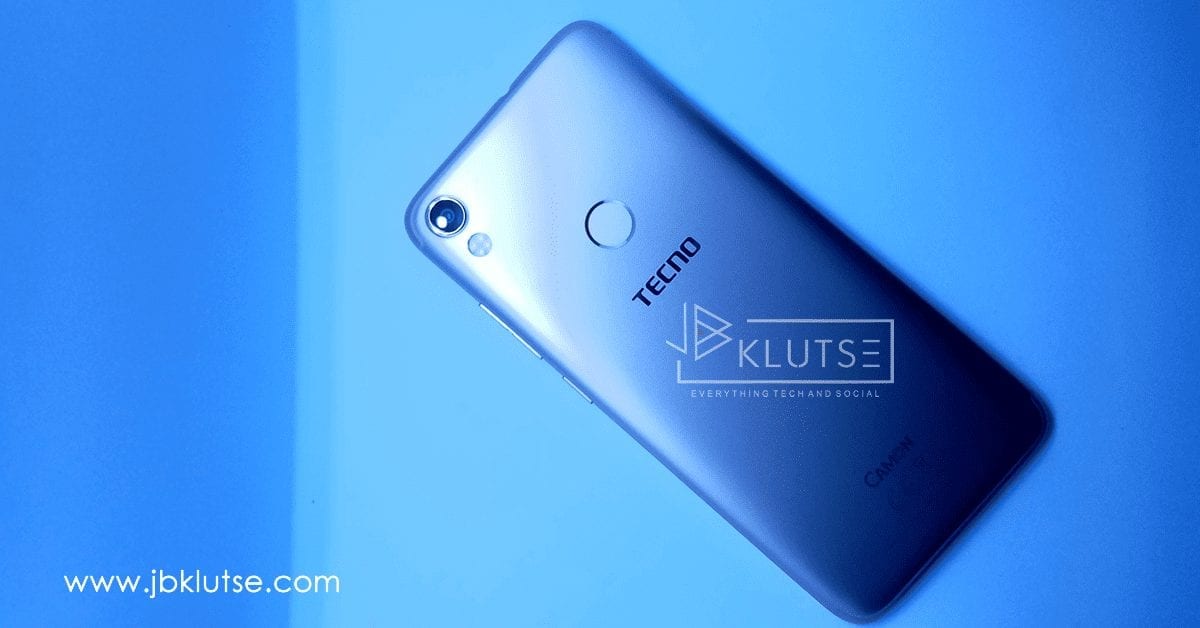 The future of budget smartphones is gradually taking an interesting turn this 2018 with less bezel. A bezel is the name of the frame around the display of a smartphone. As premium flagship device manufacturers aim at bezel-less design. Flagship phones like iPhone X, Huawei Mate 10 Pro, Samsung Galaxy S8, S8 Plus and Note 8, OnePlus 5T and others have adopted this new edge-to-edge screen design.
In an attempt to go less bezel, Tecno Mobile launches the Camon CM.

Tecno Camon CM  is the company’s first device that features an 18:9 aspect ratio known as the full view display. You’ve probably have heard of the term “Full-Display” or “Full-Screen” or even “Infinity-Display”. These are marketing jargons to describe the new 18:9 ratio that sheds off some bezel to create space for more screen real-estate.
The Tecno Camon CM (a.k.a Tecno Camon C11 or CMore) is in Ghana and selling at GHS 612.  It adopts a full view display design and craft based on its 5.65-inch HD display with 1440 x 720 pixels resolution, enhancing the pleasant finger sliding at the edges of the screen in a light-weight plastic body with smooth finishing. It comes in 3 colours: Champagne Gold, City Blue and Midnight Black. It is powered by a 1.25GHz Quad-core MediaTek (MT6737) chipset, 2GB RAM and 16GB internal memory that is expandable by another 128GB and runs on Android 7.0 Nougat with HiOS 3.2.0 User Interface. All this running on a 3000mAh Li-Ion battery.
For a price of GHS 612, the Camon CM promises you first-ever full view display, 13MP + 13MP high-resolution camera, rapid 4G LTE and my personal favourite the rear fingerprint scanner.
Although the company suggests the Camon CM is to replace the Camon CX Air. A lot of question comes to mind if truly this particular device was necessary or Tecno just wanted to test the market with a full view display without improving on performance. These are the areas I will be discussing in this review.

At first glance, this looks like a typical elegant Tecno Camon smartphone with smooth finishing that fits just well in the hand. The Camon CM is downright stunning at an affordable price.

What makes the Camon CM stand out among other Camon models is its full view display polycarbonate plastic body design with its total thickness measuring at about 7.75 mm. It feels very light, and once you’ve got used to it you’ll find it’s still a stylish presence in the hand.


The volume and power buttons including the audio-jack still main their position just like other Camon models.

Along the top is the 3.5mm headphone jack (Some reviewers believe this should be at the bottom). The bottom houses the microUSB port for charging, a frankly disappointing speaker, plus a microphone.
On the sides, we have the sim-tray, which now pops in a microSD slot too on the left, and the power switch on and separated volume keys on the right.
The back is almost completely clean, with a flush camera, rear fingerprint scanner and the Tecno logo.

The rear fingerprint scanner is positioned at the back to provide additional security for the device and can be enabled to take selfies conveniently. The position of the fingerprint quick snap makes it one of my favourite features on the phone.
On the surface, the Camon CM looks just like its predecessor (Camon CX Air) the only slight difference is the screen size.
The front is almost as clean as the back. Tecno has once again maintained the use of on-screen buttons. These virtual buttons give more screen space, this I know contributed to the success of Tecno’s first-ever fill view display


The Camon CM comes with a 5.65-inch Full Vision display screen dishing out an 18:9 aspect ratio with 1440 x 720 pixels resolution which is a clear differential to its Camon CX Air predecessor. It was crystal clear watching HD videos on Youtube.


With 364 Pixels Per-square Inch, every moment spent watching Shatta Wale’s HD video was exciting.  The resolution may not be the best but for a phone of this price, it is perfectly okay. 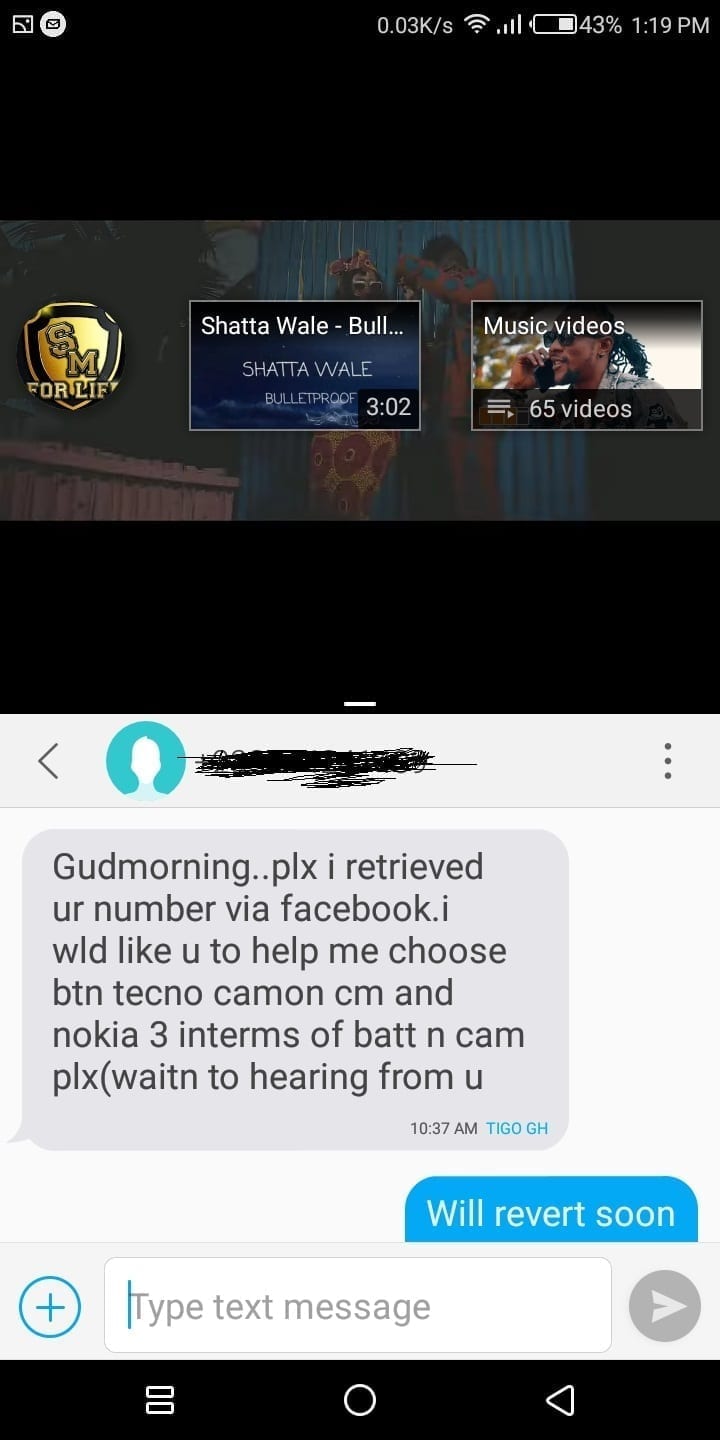 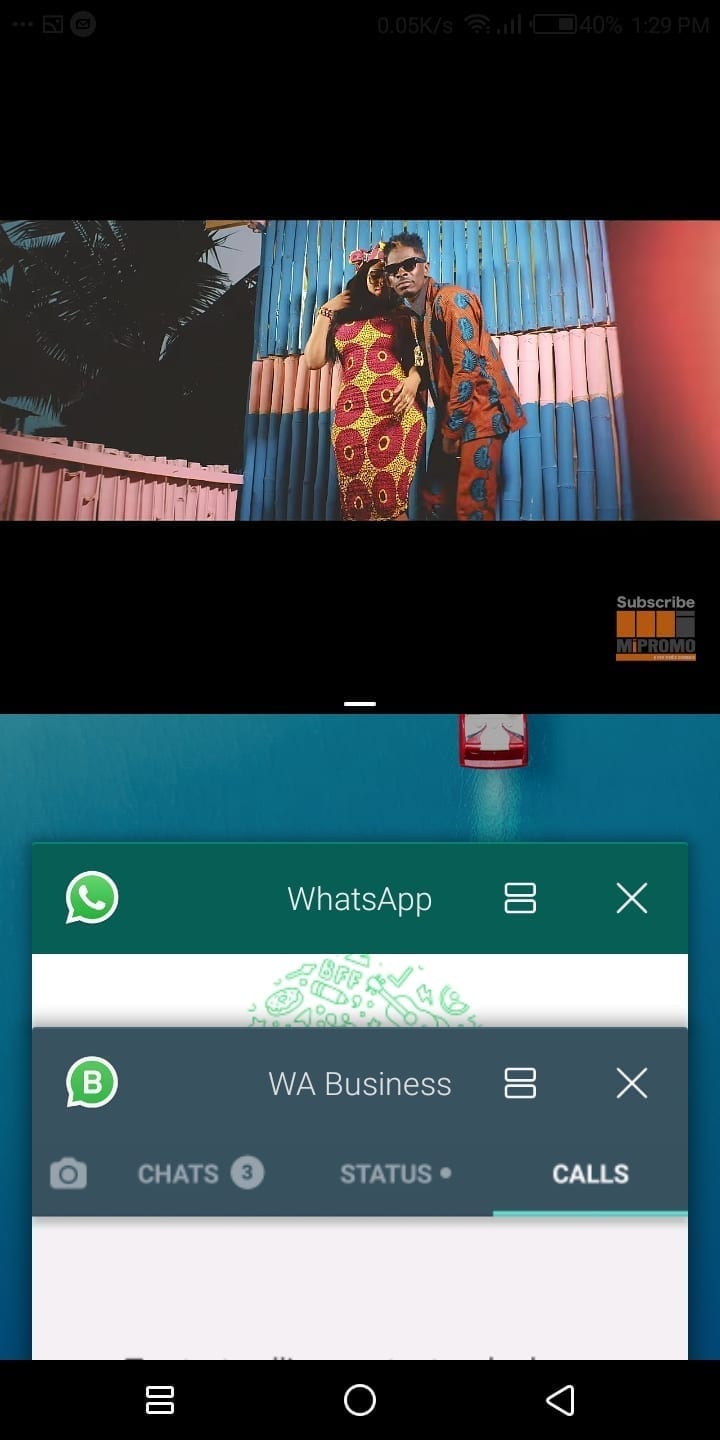 It’s more convenient using the intuitive split-screen feature on the Camon CM. Comparing my experience to other models from 2017. Tecno Mobile has achieved some improvement in this regards.

The camera app has various shooting modes to aid in photography such as beauty mode and Panorama mode.
The front camera is also a 13MP lens and it does a good job at making you look flawless, especially with the beauty mode on.
Selfies taken with Tecno Camon CM

The front LED flash can be used as torchlight just like the back LED flash, and also for notification indicator purpose.

At minimal usage, the 3000 mAh’s battery was able to last for 3-days. However, if one should spend more time using the Camon CM actively this should be able to last for averagely 1.5 days.
This battery is smaller than what comes with the Camon CX Air that has 3200 mAh; could the design of the Camon CM be a reason, as it obvious the latter has a smaller body than the former(predecessor).
Why did Tecno Mobile do this? A device that is ideal for users to consumer video content should have had more battery capacity if not same as its predecessor.
In order to extend the lifespan of your battery, try to keep it between 30% to 80%. Don’t overcharge it above 80% and don’t also allow it to run down below 30%. Thank me later. 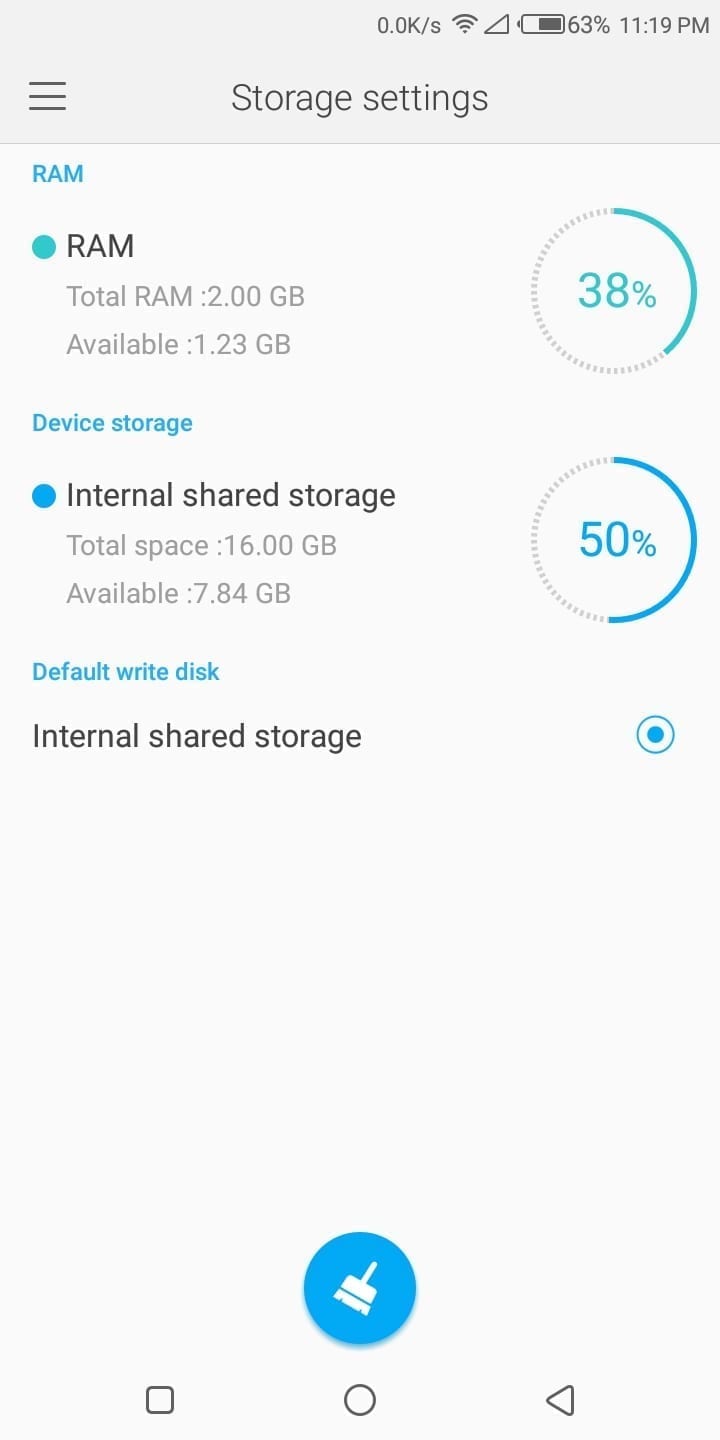 On the inside sits a Quad-core processor with MediaTek MT6737 chipset, the processor clocks at 1.25 GHz. The Camon CM sports a 2GB RAM which is enough to give you a lag-free multi-tasking experience especially in its first year, there might also be 3GB RAM/32GB ROM version of the device but that is yet to be confirmed. This is because MediaTek MT6737 supports up to 3GB RAM.
Onboard storage for the Camon CM is 16GB with the option to expand to up to 128GB using a microSD card
Once the phone was powered on. I was greeted with a battery level 63%. My initial experience with the phone honestly fluid.
Camon CM runs on Android 7.0 Nougat out of the box with Tecno’s HiOS v3.2.0 improved user interfaces.
The specs are pretty decent except for the increase in bloatware on the phone. This account for 50% of the internal memory stage as shown in the image provided. Tecno should rather provide a means for users to install these apps rather than re-installing.
Overall, there hasn’t been much improvement as both the CM and CX Air share similar RAM and Processor type and size.

Tecno got it right with the Full Display Screen. The design is stunning and it feels so light in the hand and pocket. Everything else remains the same just like the Camon CX Air predecessor. Tecno should have waited and released the full display screen with the 2018 version of the phone to replace the Camon CX. However, GHS 612 is a decent price for Camon CM.

Is there a better alternative?
Yes, but that will cost more and has more processing power than the Camon CM. I suspect the 2018 version of the Camon CX will come as a superior option to this in the coming month.
How long will it last?
This entirely depends on how you handle it but I must mention Tecno Mobile does not give software support to their phones after it is released. So, don’t expect any update.
Who should buy this?
Is ideal for a first-timer or someone who needs a cool second phone as a backup for their premium phone.
Should you buy it?
Yes, good for the price of GHS 612. Other phones with such display specification cost more.
Do you find Tecno’s first full view display on the Camon CM value for money? …
Kindly comment your views below and do follow Us on Twitter and Instagram @JBKlutse  for more.