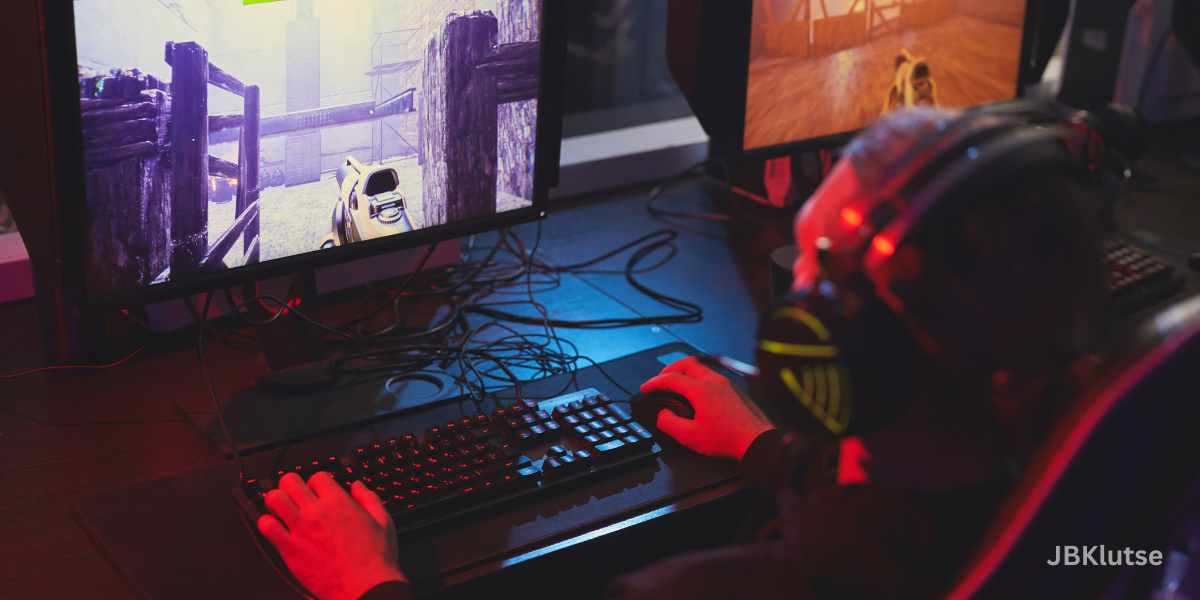 The best free cross-platform games have levelled the playing field for gamers on all platforms.

Owning the same game on a different platform was one of the most frustrating challenges players faced whenever they wanted to play games with their friends. Players who had buddies who owned various systems couldn’t play together.

Since many multiplayer games now let users interact and play with their friends on several platforms, including PlayStation, Xbox, Nintendo, and even PC, things have changed.

What does “cross-platform” mean in video games?

If you stop to think about it, cross-platform and cross-play have come a long way. Consoles often lacked built-in internet connections prior to the release of the PS3 and Xbox 360, and several consoles needed specialized gear just to be able to connect to the internet.

You would be mistaken to believe that cross-play wasn’t a concept that was considered at the time. The first gaming console with a built-in modem that allowed users to access the internet was the Sega Dreamcast from 1998.

What is the difference between cross-play and cross-platform games?

Numerous buzzwords that have been introduced by the gaming industry’s expanding market have a tendency to confuse the gaming community slightly. While some of you may be aware of the obvious distinctions between Crossplay and Cross Platform, the majority of you may have thought that both names meant the same thing. So let’s start our lesson on gaming terminology today.

When a piece of software is referred to as a “cross-platform,” it signifies that the same version of the software may function on many platforms. What does this entail for the gaming sector, then? In other words, it denotes that a game won’t be limited to a particular console.

To help you grasp this better, let’s add an example. The Forza Horizon Series was originally an Xbox-only brand, but Microsoft chose to make Forza available on Windows PCs, making it a cross-platform game.

However, what is cross-play? Things start to get a little interesting because any cross-platform game is also a cross-play game, but vice versa. Consider Overwatch, which offers partial cross-play.

Crossplay matches, which let users compete against one another on PCs and consoles, are available for players in regular matches. But when the competitive queue is implemented, everything is different. Crossplay is prohibited by the competitive queue, preventing players from competing on other platforms.

One of the top free cross-platform games right now is Fortnite. The fact that the game can be played on Xbox, PlayStation, Nintendo Switch, PC, or Android was a major factor in the game’s rise to fame.

When it comes to the best multiplayer shooters, Epic’s battle royale juggernaut continues to reign supreme with over 350 million registered users worldwide. It’s a game that’s more focused on fun than reality, and because of the regular events and crossovers, it never gets boring.

Cross-play support for Rocket League on Xbox One, Switch, PC, and PS4 expands the game’s player base, adds to its appeal, and is a free tool. Since it supports four distinct platforms, this is also one of the best cross-platform games you can play with your pals.

The idea behind this game is straightforward: picture soccer, but with cars powered by rockets instead of players.

When it comes to upping the stakes in soccer and giving driving games a fresh new look, Rocket League knows precisely what it’s doing. You can choose to play online versus strangers and team up with pals. You could play alone if you’re looking for a quick party game.

One of the most well-liked and free cross-platform games, Minecraft is accessible on a wide range of systems, making it very accessible to gamers of various backgrounds. Despite not being available on some popular platforms, many gamers still regard Minecraft as a household name and a classic.

Any gamer would enjoy it because you can create structures, play with pals, and even battle zombies and other monsters while exploring the world.

Children love playing Minecraft because it encourages creativity. The game is so entertaining that kids might continue to play it long into their early 20s. Tekken-style video games give off a similar atmosphere.

While Call of Duty: Black Ops Cold War also supports cross-platform play, Warzone has the advantage due to its larger player base and wider range of weapons. The latter actually has a few Cold War-era weapons as well as a few other features.

It’s easy to set up cross-platform play on PC, PlayStation 4, and Xbox One by creating an Activision account and sharing the ID with friends who use those systems. When it comes to cross-platform realistic FPS games, there aren’t many better options available.

The PlayStation 4, Xbox One, Switch, and PC all offer Paladins for no cost. You can choose to play as either a magistrate or a paladin in this free online shooter, two competing parties. You must stay in constant communication with your teammates if you want to win a game.

All of your preferred game kinds are available to you, including team deathmatch, ranking, assault (in which teams battle for points across a map), and the primary game type, siege. These excellent gaming choices and a special fusion of sci-fi and fantasy will satisfy more competitive players.

Xbox, Nintendo Switch, Playstation 4, and PC are all supported by this game. Since it’s a free game, you can invest as much as you like.

The game has a stake in Dr. Disrespect, and my inclusion of it on my list of the best cross-platform games is mostly due to the fact that it is cross-platform compatible. It also has a unique, outrageous attitude that makes it an enjoyable and fascinating game to play.

This game is undoubtedly among the most popular cross-play titles available. Dauntless is a cross-platform action role-playing game from Epic Games. It looks amazing and is entirely free to play.

As a Slayer, it is your duty to seek for and destroy Behemoths. In a manner similar to Monster Hunter, the player will use the materials acquired from killing monsters to craft stronger weapons and armor to face more challenging foes.

It’s important to note that Phantasy Star Online 2 is only compatible with Xbox One and PC for cross-platform gaming.

We hope this article helped you discover some best free cross platform games.