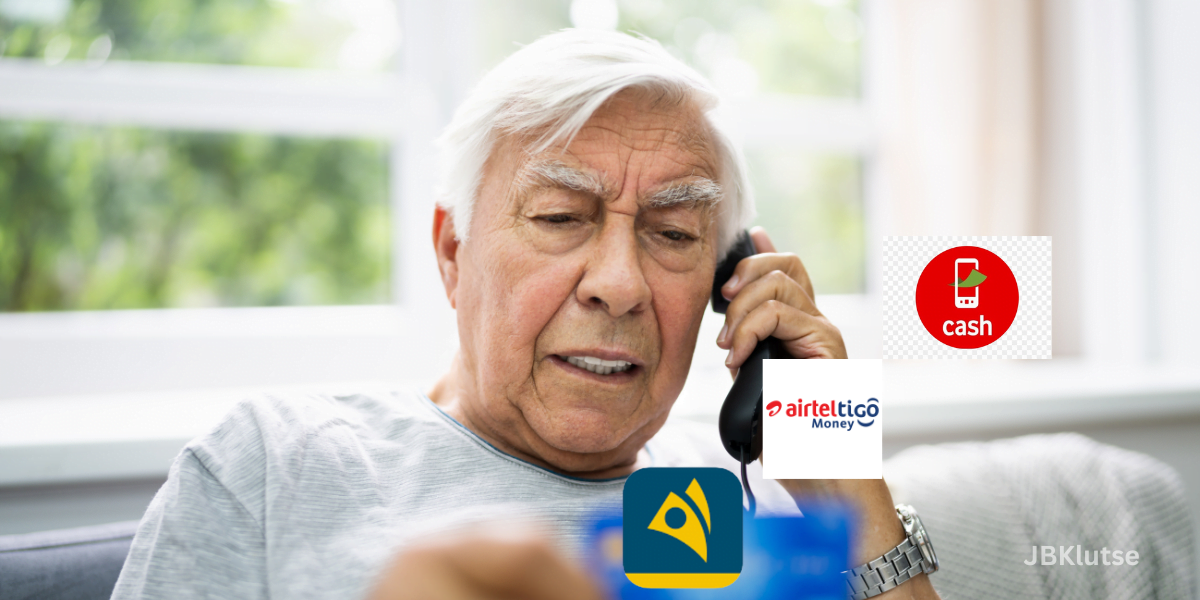 Mobile Money has played a major role in Ghana’s quest to achieve full financial inclusion as well as a digital economy — going into the future. While this innovative bit of financial technology has made life easier with respect to completing payments and transactions, there are individuals and syndicates who, in typical Ghanaian slang, want to ‘pour sand in our gari’; by engaging in fraudulent activities.

Combating Mobile Money fraud should be at the top of every individual and financial institution’s agenda, as the act threatens the safety of everyone’s money, whether in the bank or one’s mobile wallet. Over the years, it has become apparent that this is not a fight for one entity to wage. Rather, it would need a determined collaboration; between telecom service providers, banking institutions, security services, and the individual Mobile Money user before the menace can be brought under control.

The call for a collaborative effort in combating Mobile Money fraud was made during a cybersecurity workshop on Mobile Money fraud held on Tuesday, October 13, 2020, as part of the National Cyber Security Awareness Month activities.

Mobile financial services have seen rapid growth within the last decade. Globally, about 866 (eight hundred and sixty-six) million transactions — valued at $ 4 million — are completed daily. With so much money passing through the system each day, it certainly serves as ‘cheese’ for the Mobile Money fraud ‘mice’, attracting them. For this reason, combating Mobile Money fraud has become a necessity — and must be prioritized — if the financial sector wants to enjoy some sanity and security within its platforms.

During his submission, Mr Eric Kwaku Mensah of the eCrime Bureau spoke on the need to address vulnerabilities within the mobile financial services system. He emphasized the need for subscribers to be security conscious in an era of sophisticated social engineering.

When he took his turn, Mr Kwame Oppong,  representing the regulator of finance-related activities in Ghana, spoke on the step the Bank of Ghana took by updating the law in charge of payments in Ghana to go beyond EMI (electronic money issuing) guidelines to Payment Systems and Services Act; which identifies, regularizes, licenses, and supervises fintech in Ghana. The new Act is stringent on security requirements to mitigate certain risks, especially with third-party payment service providers that act between banks and consumers; to build trust.

On his part, Godwin Tamakloe of Mobile Money Limited spoke about risks — to both customers and stakeholders. He stressed the need for stakeholders (telcos and banks) not to work in isolation; the more forthcoming they are about their experiences with the fraudsters, the better they can work collectively as an entity in combating Mobile Money fraud.

Mr Tamakloe also touched on mobile number portability’s role in aiding MoMo fraud. He intimated that there are situations where the fraudster’s number would have the traditional MTN prefix; meanwhile, it has been ported to another network. Such situations are why collaboration is needed in combating Mobile Money fraud, as it makes it easier to keep track of the fraudsters no matter how hard they try to hide.

Think of it as collaborative work between the FBI, Interpol, and the local police department. None of the stakeholders is safe in such an environment, making it easy to slip away in plain sight.

Social engineering and the need for targeted public education

All the panellists agree on the rise of sophisticated social engineering while bemoaning the lack of adequate public education beyond the social media fliers and occasional adverts on radio and television.

Due to the gravity of the matter, public education should be a year-round event to ensure that every citizen becomes familiar with the collective danger being faced.

ACP Yankson, during his submission, wondered what telcos were doing beyond the basic ‘know your customer (KYC)’ where some vital customer details remain uncaptured. He suggested that the National Identification card — which captures all details of the owner — be made the default registration ID document for Mobile Money accounts as well, as one of the measures towards combating Mobile Money fraud.

Both Mr Kwame Oppong and Mr Godwin Tamakloe buttressed the need to have a coordinated defence system; where every entity — even beyond the telcos and banks — embark on an educational drive to sensitize others on what social engineering is and how to respond to attempts of the sort by fraudsters. If our efforts toward combating Mobile Money fraud would ever bear fruit, it would be because the fraudsters would be denied room to operate; when the majority of the Mobile Money users are able to spot social engineering and MoMo fraud attempts right from the onset.

The hope of effectively combating Mobile Money fraud can only be realized when people report attempted or successful cases to the appropriate authorities. Doing so would enable the stakeholders to analyze the modus operandi of the fraudsters within a locality based on the trends that the reports hint at.

It is common knowledge that some victims prefer to let go of their experience, citing the amount of money lost as not being something significant. And this doesn’t seem right, as it keeps the stakeholders in the dark about the depth of the issue at hand.

Plans are far advanced to make fraud expensive for the perpetrators. As it is now, the financial loss incurred by fraudsters is only GHS3 — the cost of a SIM card when they dispose of it. Soon enough, phones would be rendered unusable once they have been identified with a number marked as belonging to fraudsters.

They are many solutions for effectively combating Mobile Money fraud being considered at this point; because the stakes are high, and there’s too much that should not be lost by stakeholders and Mobile Money customers.

This story is part of a series JBKlutse.com is developing to educate the public about Mobile Money fraudsters, their activities, and how to stay vigilant and not be a victim.